What Blockchain Projects Can Do for Social Good

What Blockchain Projects Can Do for Social Good

Cryptocurrency Uncategorized
14
No Comments
Share Tweet Share Share Pin it
Megan DeMatteo Megan DeMatteo is a service journalist currently based in New York City. In 2020, she helped launch CNBC Select, and she now writes for publications like NextAdvisor, CoinDesk, MoneyMade, and others. Todayâ€™s investors have proven that sustainability and social impact factor highly in their decision making. In 2020, environmental, social and corporate governance 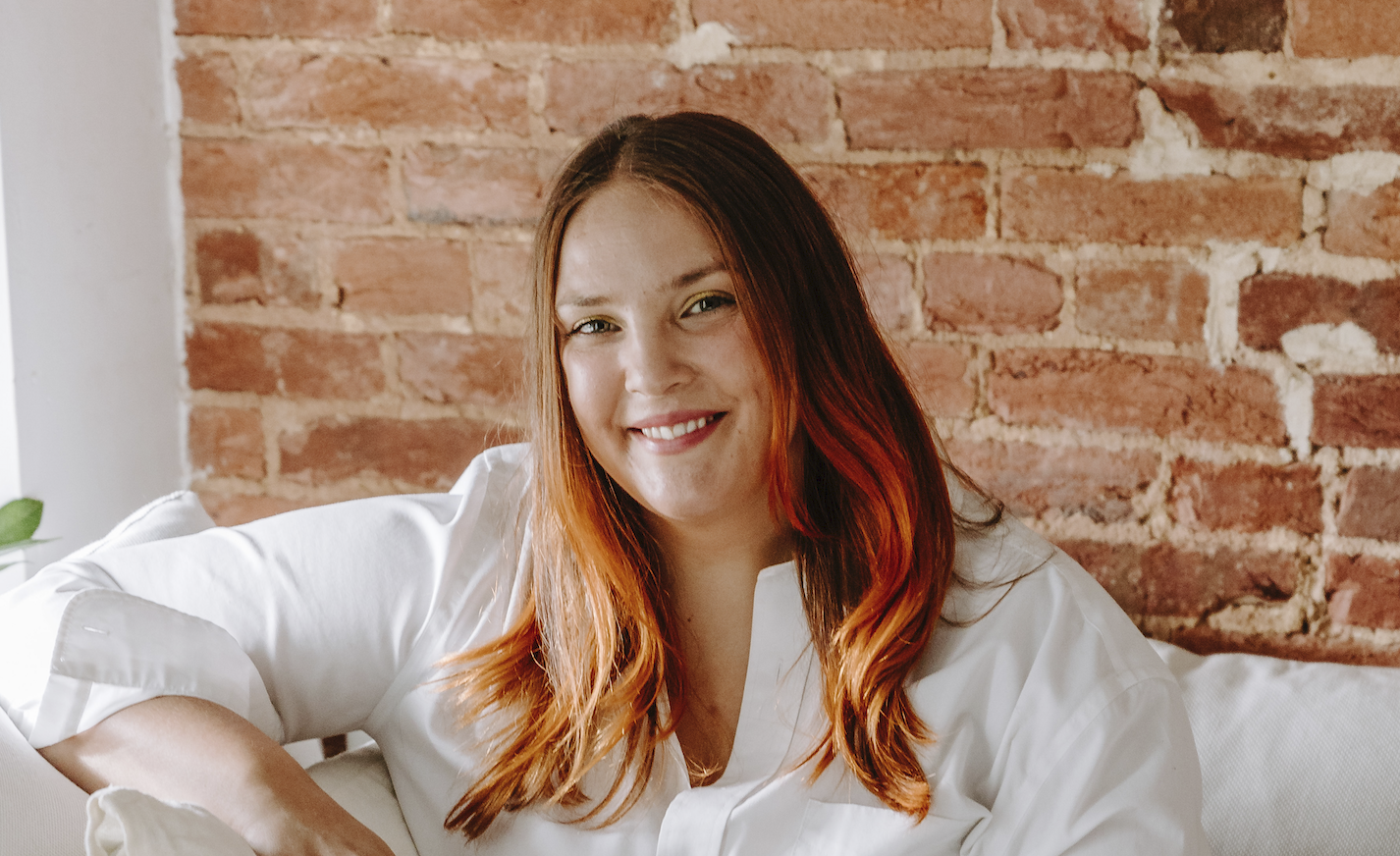 Megan DeMatteo is a service journalist currently based in New York City. In 2020, she helped launch CNBC Select, and she now writes for publications like NextAdvisor, CoinDesk, MoneyMade, and others.

Todayâ€™s investors have proven that sustainability and social impact factor highly in their decision making. In 2020, environmental, social and corporate governance (ESG) funds surpassed the $1 trillion mark for the first time, accelerated in part by a growing social and political awareness throughout the coronavirus pandemic.

Thereâ€™s a natural intersection between impact investing and blockchain â€“ ask anyone with personal stake in the space. Investors, executives and developers alike are known for having visionary goals that could potentially lead to both profit and social good.

This article originally appeared in Crypto for Advisors, CoinDeskâ€™s weekly newsletter defining crypto, digital assets and the future of finance. Sign up here to receive it every Thursday.

While things are still nascent, blockchain professionals argue the future use cases of blockchain technology could solve every kind of problem from government corruption to wealth inequality.

Iâ€™ve spoken to a few founders and thought leaders about how their decentralized projects could bring about positive social impact, from altruism to intellectual property and data security.

Interestingly, each of these areas could also potentially address wealth inequality â€“ if executed correctly â€“ by unlocking access to wealth for marginalized people through crypto and non-fungible tokens (NFTs).

The founder and CEO of the nonprofit NFT platform Leyline, Jeremy Dela Rosa, plans on creating opportunities for gamers in developing economies to earn crypto and grow wealth through video games. He also plans on making altruism profitable through NFT prizes, rewards and virtual social currency.

â€œPlay is just so fundamental to who we are as humans,â€ Dela Rosa tells CoinDesk. â€œBut the way our economic system has been designed, itâ€™s incentivizing the wrong things.â€

Dela Rosa, who spent 10 years working at Blizzard Entertainment before founding Leyline, believes the way to motivate altruistic behavior in the â€œrealâ€ world outside of video games is to gamify it. His team plans on coding an open-source decentralized autonomous organization (DAO) that rewards Proof-of-Good (PoG) points, which users can store in a virtual backpack. For gamers, these PoG points will be able to unlock special rewards and powers within their virtual worlds.

â€œItâ€™s really about aligning incentives towards the things that are valuable for humanity,â€ Dela Rosa says.

NFTs are popular among artists for their potential to revolutionize intellectual property ownership.

â€œGaming companies make millions of dollars off of dances,â€ says former â€œAmericaâ€™s Got Talentâ€ contestant Snap Boogie, the CEO and founder of Beauty in the Streets, which partnered with the blockchain platform Enjin earlier this year to tokenize the dance move â€œSpeedy Walkovers.â€

It may seem abstract to turn a dance move into an NFT, but gaming companies are already capturing dance moves they see in street performances and on TV, recreating them without attribution using digital sensors in motion studios, then translating them to the screen to be bought and sold as in-game purchases for popular games like Fortnite.

Turning a dance move into an NFT helps prevent game companies and motion capture studios from using tokenized motions without first purchasing the token from the artist. Blockchainâ€™s open-source transparency could potentially mean that all transactions live on a digital ledger that links dance moves to their creators.

These potential intellectual property protections could apply to nearly every creative industry â€“ not just dance. SX Noir, a thought leader at the intersection of sex tech and the metaverse, believes NFTs present a long-awaited opportunity for adult performers to have full ownership over their labor and content.

â€œSex workers have often been the scapegoats,â€ she explains, citing a 2020 move by major credit card issuers Visa, Mastercard, and Discover to block financial transactions on a popular adult video website when the site went under investigation.

â€œIt was devastating,â€ she says. â€œThere were a lot of performers who were left hungry.â€

While the guidelines for intellectual property and NFTs are still in their infancy, the digitally scarce form of a crypto token presents some possible solutions about which artists and creatives alike are excited.

Everyone who uses Instagram knows the power of user data. Weâ€™ve gotten used to seeing customized ads designed by algorithms to know our intimate preferences.

But blockchain enthusiasts say thatâ€™s Web 2 â€“ an era in which the internet we know and love is owned by a handful of not-so-transparent corporations. (Google and Facebook, to name a few.)

Web 3 data will still have ads, but user data will be decentralized and run predominantly on blockchain â€“ at least if data security company Snickerdoodle has its way. The indelible nature of blockchain could give everyday internet users a chance to give big companies a taste of their own medicine by charging them for access to their user history (for once).

â€œAt Snickerdoodle, we think that self-sovereignty of data is of the utmost importance and will redefine a new social contract,â€ says CEO and co-founder Jonathan Padilla. â€œPeople conceive of Web 3 as a chance to restart both the internet and traditional financial systems.â€

The long-term applications of Snickerdoodleâ€™s vision parallels Andrew Yangâ€™s concept of a â€œFreedom Dividendâ€ or universal basic income (UBI). Except funding wonâ€™t necessarily have to be raised through taxes, according to Padilla.

â€œWe think if we get our data models correct, we can have a private sector-based UBI,â€ he explains. â€œIt can be done using blockchain-based tools to empower individuals, especially in emerging markets where that value can go a lot further, to have a passive source of income. And at the same time, that income can be applied for economic development, mobility. So thatâ€™s an incredibly powerful thing.â€

For advisors, learning about up-and-coming blockchain projects is the decentralized equivalent to researching individual stocks. Buying into blockchain projects wonâ€™t make sense for every individual investor, but those with the appropriate risk appetite and robust enough portfolios may find themselves gravitating towards purchasing utility tokens for projects they care about as a way to diversify.

Such utility tokens are somewhat of a gamble because they involve speculating as to which projects are here to stay. Theyâ€™re effectively a vote of confidence, backed by money, for the blockchain startups in which your clients are interested. But they could also pay off monetarily. Utility tokens are issued on the same blockchain upon which the larger product is built, and they can often be used later as a currency or as a way to obtain services.

As financial advisor and Onramp Invest CEO Tyrone Ross put it in a recent â€œOn Purposeâ€ podcast episode, the old financial playbook is out the window. Whereas before an investor or advisor could rely on traditional research methods like technical analysis, reading the news and pulling up a companyâ€™s public financial statements to research prospective investments, researching blockchain companies requires knowing an entirely new landscape.

The leader in news and information on cryptocurrency, digital assets and the future of money, CoinDesk is a media outlet that strives for the highest journalistic standards and abides by a strict set of editorial policies. CoinDesk is an independent operating subsidiary of Digital Currency Group, which invests in cryptocurrencies and blockchain startups.

How to Shield Your Crypto Gains and Avoid Getting Audi . . .

Stock markets in 2021: from big tech and crypto to takeovers

El Salvador Bitcoin App Should Have Been Audited Long . . .

Bitcoin and Ethereum Aim To End 2021 On Positive Note

Get our latest posts and announcements in your inbox.

Shiba Inu Launches Beta Version of DAO to Give . . .

How to Shield Your Crypto Gains and Avoid Getti . . .

El Salvador Bitcoin App Should Have Been Audite . . .